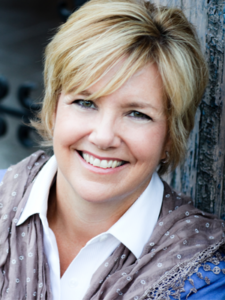 Lisa Graham Keegan has spent 21 years as Principal Partner at The Keegan Company, where she leads numerous projects, writes, and speaks on the emerging excellence and critical issues in American education. Mrs. Keegan’s education work is grounded in her Arizona experience, and she has worked with national education leaders, the media, U.S. Congress, state legislative bodies, business groups, policy organizations, community groups, and the education industry.

Mrs. Keegan spent a decade from 1991 – 2001 serving as an Arizona elected official, first in the Arizona House of Representatives from 1991-1995 and as the elected State School Superintendent from 1995 – 2001. Mrs. Keegan’s leadership in Arizona earned her a national reputation as a strong advocate for student-based education policies, public transparency, and school choice.

In 2000 and 2008, she was education advisor to the John McCain Campaigns for President and was interviewed in December of 2000 by President-Elect Bush for the job of US Secretary of Education. Since 2001, Mrs. Keegan has worked both nationally and in Arizona to promote broader creation of and access to high quality learning settings. Her highest priority work centers on eliminating the barriers that exist for low-income students and students of color to attend excellent schools.

Mrs. Keegan’s work has appeared or been cited in such publications as The Wall Street Journal, Newsweek, Forbes Magazine, The Arizona Republic and Phoenix Magazine. She has discussed education issues on NPR, The PBS News Hour, Fox News Channel, CNBC, and local stations nationwide. She serves on the Board of Directors for Grand Canyon Education, as national chairman of The Foundation for Advancing Alcohol Responsibility Advisory Board, as a board member of 50CAN, and as a board member and Past-President of the Grand Canyon Council of the Boy Scouts of America. In May of 2013, Keegan published her first book, Simple Choices.

Keegan lives in Phoenix with her husband, former State Representative and Justice of the Peace John Keegan, who also served as Mayor of Peoria, Arizona for a decade. They are members of the Arizona Episcopal Diocese and have five children and three grandchildren.