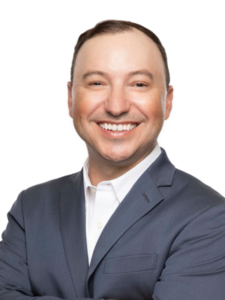 Daniel Scarpinato has been involved in Arizona policy for the past 20 years. A former journalist, Scarpinato began his career as a reporter for the Arizona Daily Star, where he covered state politics and the state Legislature. He’s also held staff positions in the Arizona House of Representatives and at the national level, with the National Republican Congressional Committee. Most recently, Scarpinato served as Chief of Staff to Arizona Governor Doug Ducey.

Scarpinato has been a finalist for “Best PR person,” and “Capitol Power Broker” in the Arizona Capitol Times “Best of the Capitol” awards. He is a graduate of the University of Arizona, where he served as editor in chief of the Arizona Daily Wildcat.