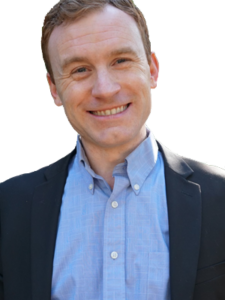 Glenn Farley is CSI Arizona’s Director of Policy & Research. For the past eight years he has worked in the Office of the Arizona Governor, most recently as Gov. Doug Ducey’s Chief Economist and a policy advisor. In that role he advised on issues of tax, fiscal, and regulatory policy, and was one of the Governor’s lead architects of his two major tax reforms – the 2018 tax overhaul that established the State’s first remote sellers sales tax and dedicated the proceeds to a major simplification and overhaul of the individual income tax, followed by the 2021 income tax omnibus which phased in a 2.50% flat tax (the lowest in the country). Mr. Farley has also led the budget team that produced the Executive revenue forecasts and caseload spending numbers that have helped ensure the longest run of conservative, structurally balanced budgets in State history.

He was born and raised in Arizona where he now lives with his wife and two daughters.