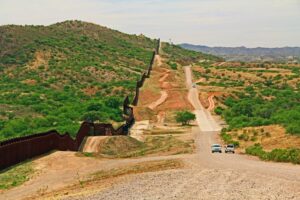 With the decriminalization of the possession and use of illegal drugs in some jurisdictions, the surge in migrant encounters along the U.S.-Mexico border, and the recent increase in fentanyl overdoses in Arizona, Common Sense Digest explores what impacts these events may have to law enforcement and the Arizona economy. With more than 2,000 fatal opioid overdoses occurring in Arizona in 2021, it is evident that there is a drug crisis in Arizona.

Joining Host and Chairman in this conversation are report author and Director of Policy and Research of CSI, Glenn Farley, and President of the Border Security Alliance, Jobe Dickinson. To view the report, Fentanyl, Crime, and Arizona’s Southern Border, please click here.

Glenn Farley is CSI Arizona’s Director of Policy & Research. For the past eight years he has worked in the Office of the Arizona Governor, most recently as Gov. Doug Ducey’s Chief Economist and a policy advisor. In that role he advised on issues of tax, fiscal, and regulatory policy, and was one of the Governor’s lead architects of his two major tax reforms – the 2018 tax overhaul that established the State’s first remote sellers sales tax and dedicated the proceeds to a major simplification and overhaul of the individual income tax, followed by the 2021 income tax omnibus which phased in a 2.50% flat tax (the lowest in the country).