Arizona shed 3,700 nonfarm jobs in March (-0.12%) but the Unemployment Rate declined by 0.3 percentage points to 3.3% – one of the lowest unemployment rates ever recorded in the state. This is the first time since July 2020 that Arizona has experienced a net decline in nonfarm employment, month-over-month. However, total employment – measured by the Bureau of Labor Statistics using a different survey from nonfarm payrolls – increased by 14,227 workers. Given the wide discrepancy in these numbers and their preliminary nature, we expect data revisions to follow. Since April 2020, the State has added over 372,000 jobs and regained 101.1% of its pandemic-related job losses. Arizona’s manufacturing sector continues to overperform, growing 3.6% over the past year and experiencing the 5th fastest recovery in the country.

A Deeper Dive into Arizona Industries 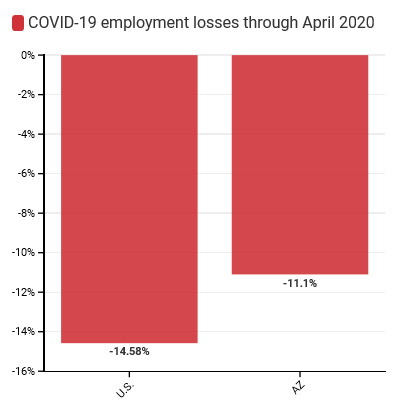 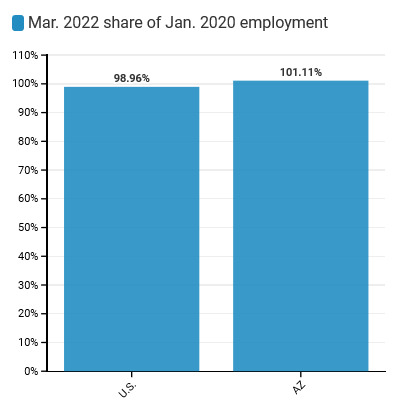 Arizona’s Labor Force Participation Rate declined slightly in March despite declining unemployment rates as 5,300 new individuals began looking for work – significant growth but insufficient to keep pace with the state’s rapid population growth. There are now more than 3.5 million people in the state’s labor force – the highest it has ever been since the Bureau of Labor Statistics began keeping track in 1976. 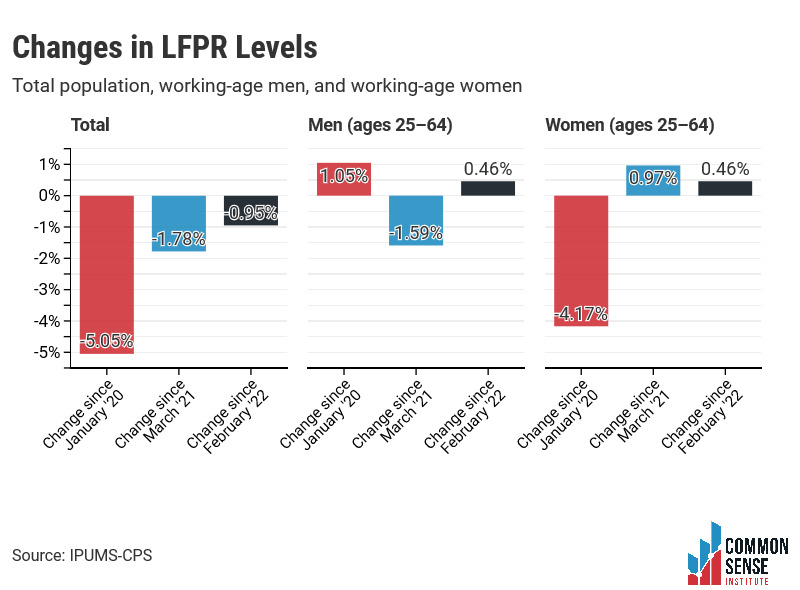