Arizona – like every state – levies taxes on the assessed value of all real property (land and its improvements), and on average, its overall property tax burden is relatively low. According to the Tax Foundation, Arizona collects $1,099 in real property taxes per person (ranking 34th) while the average state collects $1,167.

However, Arizona’s property tax burden falls disproportionately on certain payers: as a general example, a business with an assessed real property value of $500,000 might pay $11,887 a year in local property taxes, while an owner-occupied residence with the same value would pay $5,250.

HB 2822 lowers and simplifies the tax burden on new capital investments by businesses in Arizona. In the process, the return-on-investment for a given asset rises, and the equilibrium level of investment will increase. To study the effects of this policy change on the Arizona economy, we used a dynamic economic simulation model to measure changes in investment, personal income, employment, and the costs of production and found that by 2032 this change results in:

The high return on this policy is driven by its nature – the same amount of general property tax relief, for example, generates only between -543 and +2,035 jobs by 2032 relative to the baseline (depending on offset). This legislation combines the key principles of sound, efficient tax policy: broad-based relief that shifts the relative tax burden off investment and productive work and onto consumption of fixed assets like land. 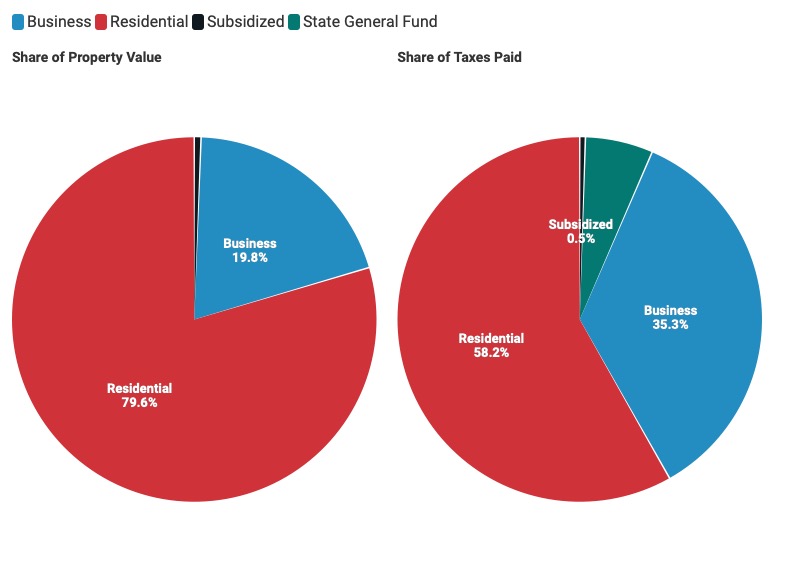 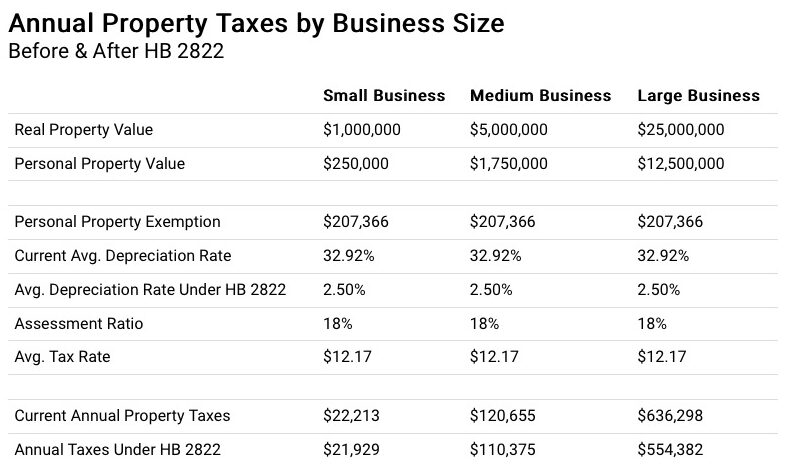 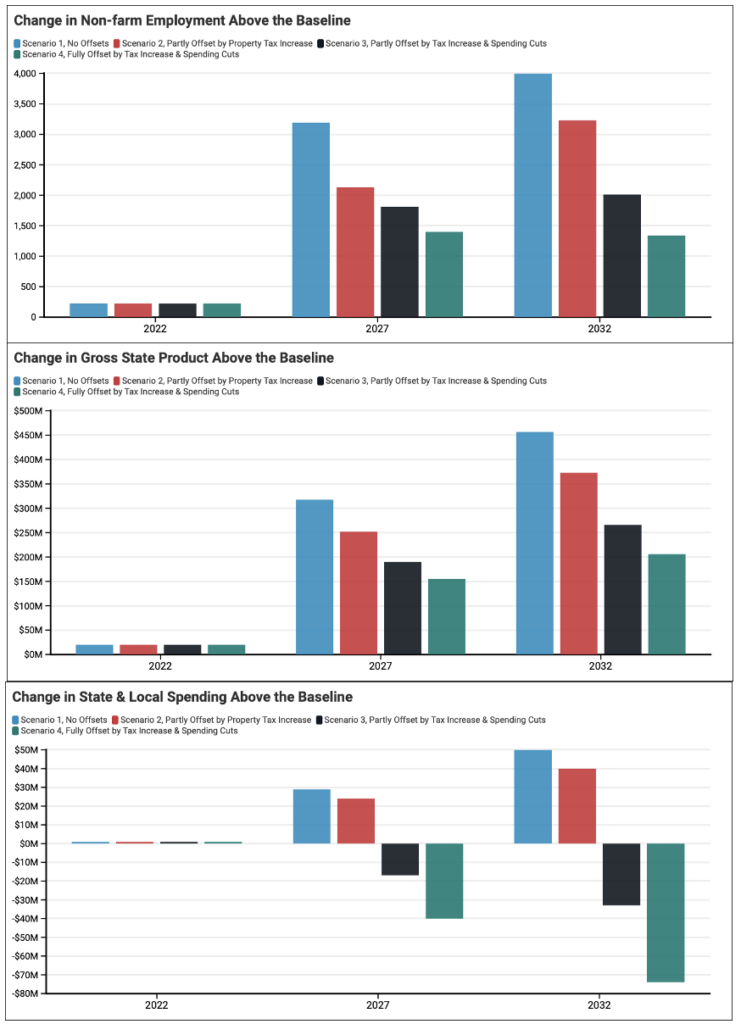