Consumer prices in the United States rose again in February, by 7.9% over the last 12 months – its highest rate in over forty years. At 10.9%, price inflation in the Phoenix metropolitan area remained both well above the national average and at the highest levels ever recorded for the city. Since October of last year, prices in Phoenix have been rising at an average rate of more than 1% per month. Price increases are concentrated in transportation, housing and food costs – with gasoline alone costing the average household $597 more since the current inflation crisis began last year, than it would have at 2020 average prices.

Price Changes in Metro Phoenix over the Previous Year 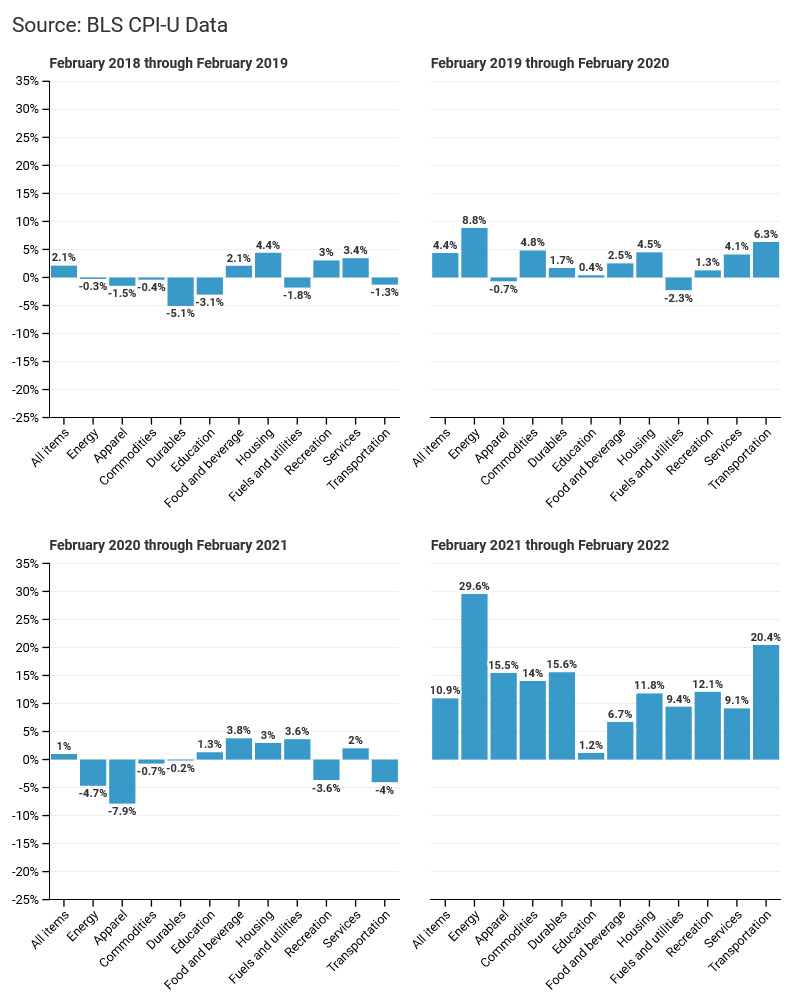 [i] This figure corresponds to the data in the first graph. These are generated by distributing the consumer expenditure estimates from https://www.bls.gov/cex/tables/geographic/mean/cu-msa-west-2-year-average-2020.pdf across the individual months of 2020 and weighting them according to their corresponding CPI levels. We then assume that any price changes since January 2021 have resulted in increased costs relative to this average 2020 price level.